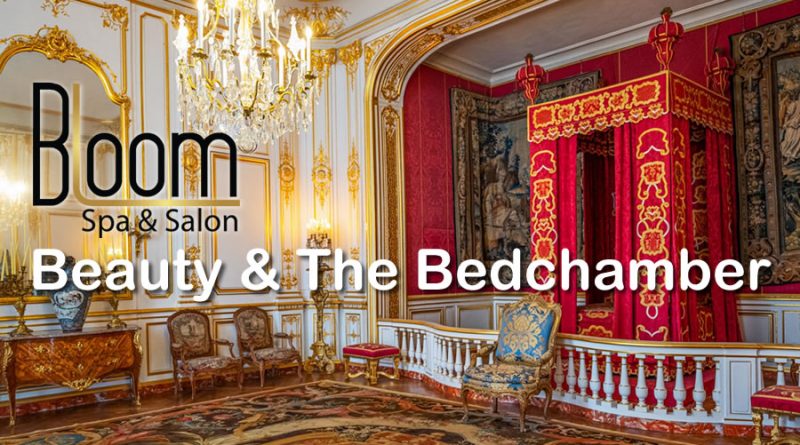 Historically, royals began their day of beauty in the bedchamber. Staffed with ladies whose sole duty was to prepare noble’s for the day. They might have very well been the first beauty stylists. Their primary job was to bathe, dress, style hair, and apply makeup.  The bedchamber played an important role in an aristocratic’s day.

The bedroom has gotten a bad rap of late, which is far from its origins rooted in a time in history where royal lineage was everything. In the medieval era, sleeping quarters were a direct reflection of one’s status in life, and minimalism was a dirty word. Canopies, curtains, gems, and fine linens made up the literal high bed, which contained the astute dweller.

Power and status shrouded the bedchamber throughout the middle ages, and these important rooms served as a status symbol, much like a throne. Many are surprised to learn about the extravagant events that made the royal bedchamber so unique, but keep in mind that the rituals and overall pomp and ceremony of medieval bedrooms played a significant role in the making of history.

Grandeur, ceremony, and splendor encapsulated the sacred bedchamber, and daily rituals made it a critical part of royal wellbeing, politics, and society. A few everyday rituals that took place in the bedroom were:

The Power of the Boudoir

If you haven’t picked up on this concept until now, it’s important to note that the royal bedchamber was far different from the more practical modern-day bedrooms that we have now. The sleeping salon was outfitted with the region’s best silks, curtains, changing areas, sitting/dressing spaces, and lounges where serious political and social discussions would be conducted.

Many happenings in the bedroom were open to the royal court and teams of body servants were an integrated part of the sleeping chamber–so much so that some even slept in trundle beds in the same room. Not only servants were allowed into the bedroom. Many trusted friends, advisors, and family members also frequented this space that turned out to often be a semi-public area. After undergoing a dressing ceremony, both kings and queens held court in their bedrooms, which served as a more comfortable boardroom.

Extravagance was a direct reflection on the power of the monarchy, which means that no expense was spared for this very sacred space.

Abigail Baker is a writer from Happy Writers, Co.

OUR POLICIES: We kindly ask that you allow at least 48 hours notice to avoid a cancellation fee. We will charge 50% of the scheduled service. All services require a credit card at the time of booking.